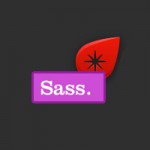 Up until recently, I’ve been using LESS as my CSS preprocessor. When I first became aware of the existence of CSS preprocessors, I was trying to find one that would suit be best.

At the time, LESS seemed the best fit as I could compile my stylesheets in the browser with JavaScript, on the server with PHP or a WordPress plugin, or using one of many GUI applications which watched a folder for changes to my LESS files. I was also put off by the need to install Ruby to use Compass.

One day I decided to make the plunge and see what Sass really had to offer. I’ve come to love the powerful features of Sass and Compass, and I’m not looking back.

It’s not hard at all to install Ruby on Windows. All you need to do is visit the Ruby Installer website and grab the latest version of the installer. Download the file to your system and execute it. Remember to check “Add Ruby executables to your PATH”, otherwise you won’t be able to run Ruby from command prompt.

This will download Compass and its required dependencies, including Sass.

An advantage on installing Ruby is you can install Compass plugins such as Susy or Compass Normalize which can extend Compass in new ways. These can be installed in the same was as Compass using the gem utility:

Compass includes plain-ruby gem for its excellent sprite generating functionality. You can install a new gem which will speed up the process. To do so, you will need the Ruby DevKit to be installed.

Download Ruby DevKit from the same website as before. Use 7-Zip to extract the archive to a place of your choosing; C:/Ruby/DevKit (or similar) will work fine. cd into that directory and run:

Now you should be able to install the OilyPNG gem to speed up sprite generation:

Compass will automatically detect and use this gem.

There are no comments

This site uses Akismet to reduce spam. Learn how your comment data is processed.

Previous Post: How to check if a shortcode has been registered in WordPress
Next Post: Use GistBox app to manage your code snippets